Home » Child Custody Matters to Consider In a Gay Divorce

Home » Child Custody Matters to Consider In a Gay Divorce

Child Custody Matters to Consider In a Gay Divorce 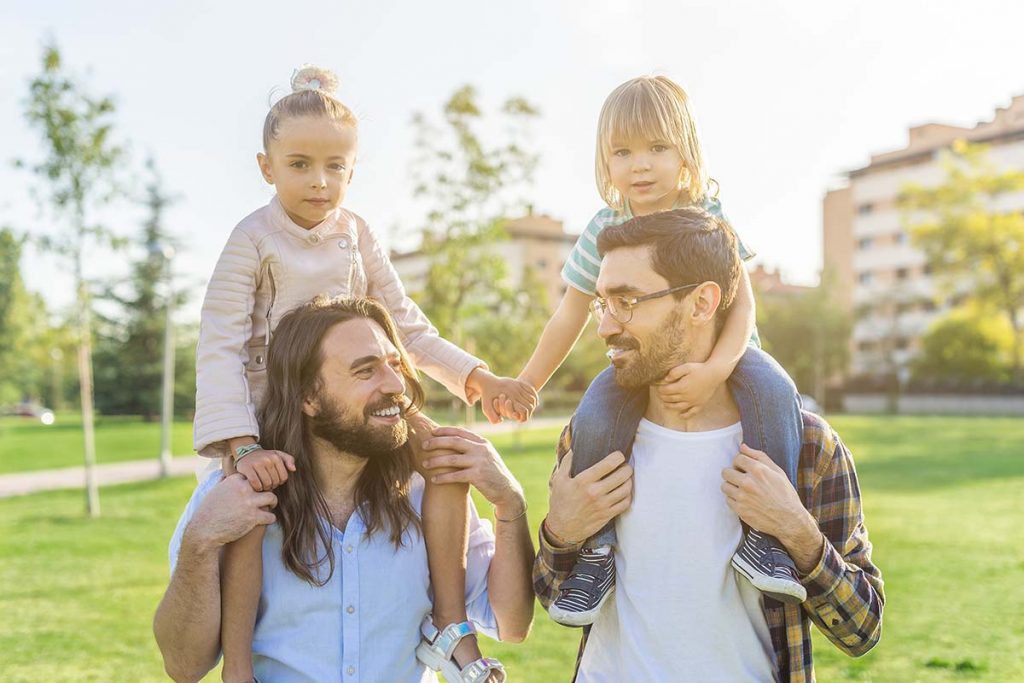 When a same-sex couple decides to call it quits and end the relationship, it is important to understand how the child custody arrangement will affect both parents. Depending on how the judge considers the matter, the separation with custody and visitation could negatively affect the non-biological parent.

The law can be very unfair to same-sex parents. Making matters even messier, the legal rules change constantly. Because of all these pressures and uncertainties, it is vital that you do everything you can to reach a compromise on all child-related issues. Lesbian and gay parents are truly forging new territory — which is fine when you are in the mood to be a revolutionary, but not necessarily so when all you want to do is spend the day with your child. Remember that if you take your custody dispute to court, you’re likely to be ordered to mediation anyway.

The Custody Battle for LGBT Parents

When it’s time to determine the legal rights of both partners for custody and visitation, it is generally considered that the partner without a biological connection may be left with no legal standing in the eyes of the law. In DC, same-sex and opposite-sex divorcing couples with children are subject to the same rules for establishing a parenting plan and residential schedule. The most important criterion is the relative strength, nature, and stability of the child’s actual relationship with each parent – not the biological relationship to each parent.

The courts treat both parents the same, and together the group comes up with a parenting plan that is in the best interests of the child or children.

However, it would be naive to say that these custody cases don’t differ from those of heterosexual couples. First, it is impossible for same sex couples to both be biological parents of the child. In many cases, a child is from a previous relationship or artificial insemination. In other cases, the child has been adopted by one or both of the parents. Even if both parents have raised the child since birth and have been equally involved in the parenting, the non-biological parent may struggle for what they see as a just child custody solution.

Is it Really Possible for a Second Parent to Get Child Custody?

The psychological parent doctrine does make it possible for non-legal parents to still get custody. However, you need to keep in mind that it is not awarded to you automatically. You need to be prepared to fight for it. You and your divorce attorney may need to gather proof of financial contributions, seek interviews with child psychologists, and gather other documentation to back up your claims in court

Where both parents have equal legal rights, child-related disputes should be handled just as they are for a straight divorce, where a judge will consider a variety of factors to determine the outcome that is in the best interests of the child.

It is also possible to establish parental rights through adoption. Second-parent adoption allows one parent to gain rights without taking away the other parent’s rights. Some parents in a same-sex relationship may choose to adopt a non-biological child formally, instead of relying on automatic parental rights. This can just make it a little easier to ensure the parent has rights in other states with different laws.

Adoption is also helpful for blended families or same-sex families where the child was born before the parents were married.

The lawyer working for the client in a same-sex case will need to determine which rights apply and who has more legal power in the battle. If a compromise or another arrangement is not possible, the client may seek sole custody with little or no visitation for the other parent.

If you have questions about divorce, child custody, child support or other LGBTQ family law issues in Maryland or DC, our seasoned lawyers at The Law Offices of Thomas Stahl would be happy to review your case and recommend next steps. Call us at (410) 696-4326 or (202) 964-7280 to schedule a consultation.

PrevPreviousMaryland and DC: I Have Signed My Will (With Witnesses) – What Do I With It? 
NextWhat Is the Difference Between Annulment And Divorce? Next